The opening ceremony of the policy and bills explanation program. A. Capacity development was held for the employees of Kabul Technical University for the first time: 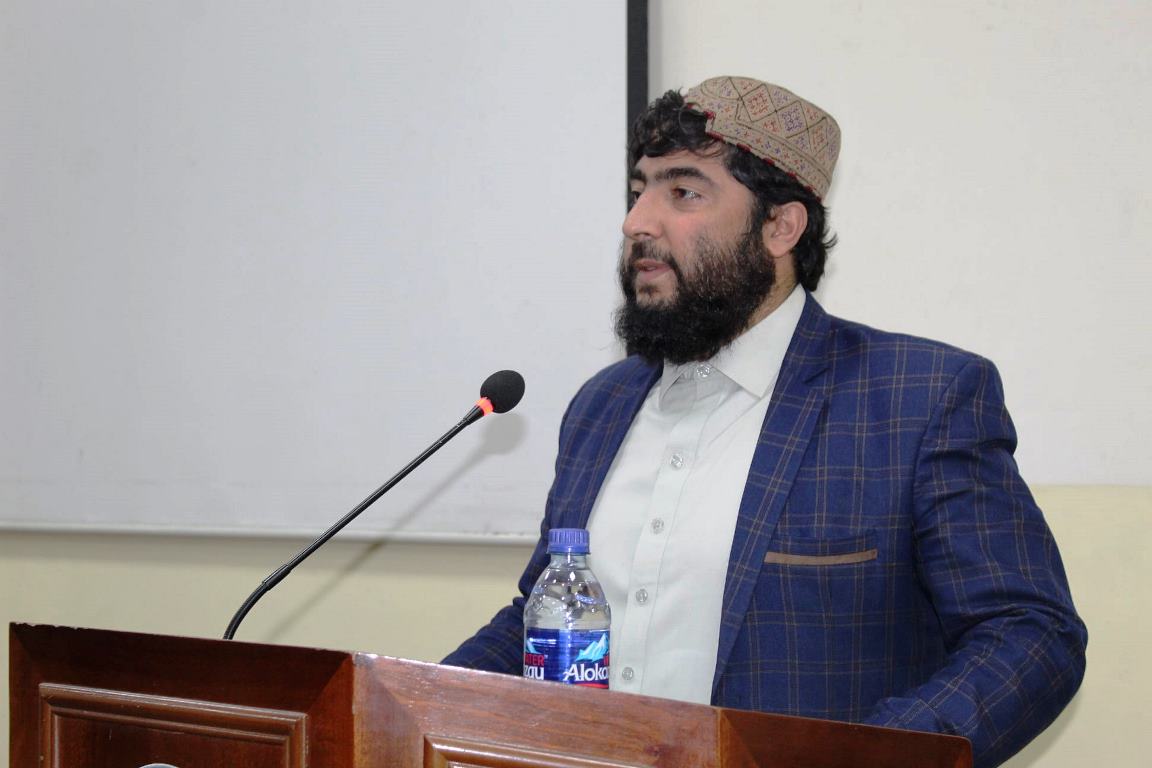 The growth, development and progress of this country in the economic, social and cultural aspects related to the victory and support of this system, the promotion and strength of the Islamic system based on the sense of patriotism, the purpose of serving the nation and society free of discrimination, prejudice, and hostility against the infidels. In front of your fellow countrymen according to The verses of the great Quran and the Hadiths of the Prophet explained. Increasing the description about his efforts. A. He talked with the neighboring countries to improve the economic situation and diplomatic relations. He also invited the participants of the gathering for cooperation, fraternity, brotherhood, and mercy for his subordinates. Meanwhile, in the governance of the Islamic system, he reminded them of the methods of the Rashidin Caliph and Omar Ibn Abdul Aziz, and about the economic and development plans of the Islamic Emirate. Wine and the solution to today's society's problems Assured and asked for cooperation, support and stability in the A system. A. They became A. He also added that Afghanistan has been the common home of all Afghans. The escape of people, especially the escape of intellectuals and cadres from our homeland, does not only solve the homeland's problem, but it will also bring an academic disaster for the entire Afghan nation. 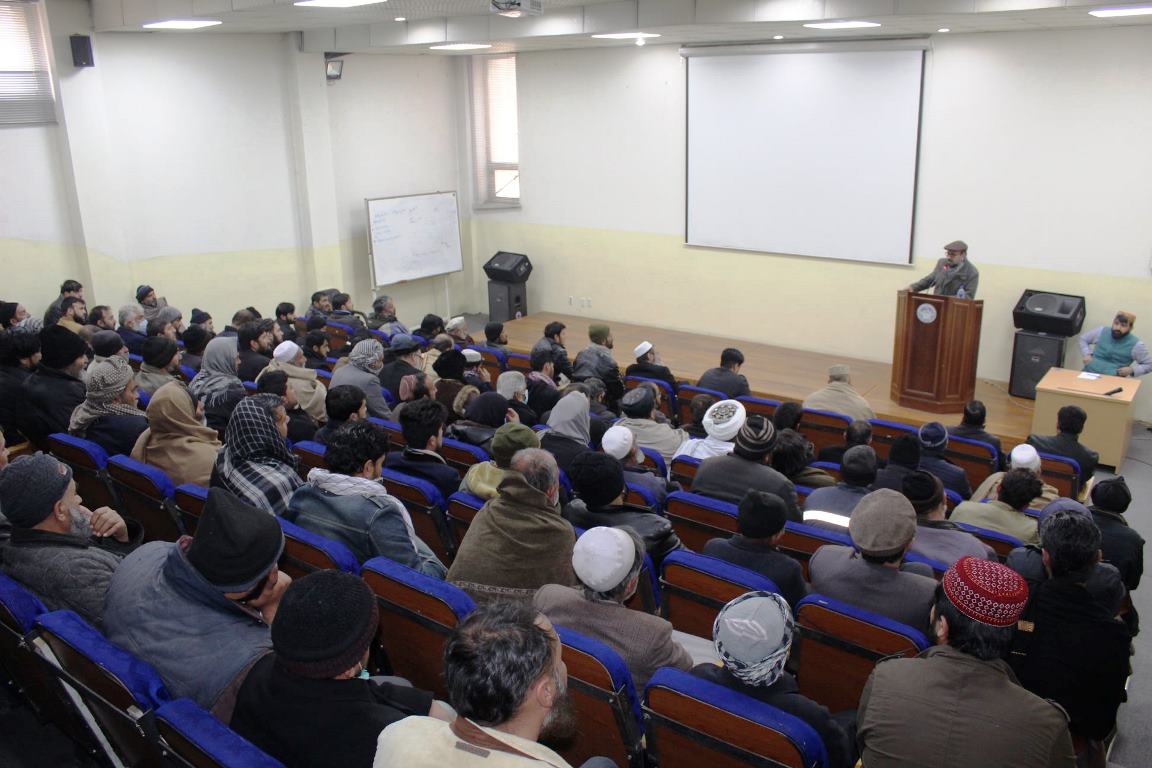 Subsequently, the professor of diploma, engineer Abdul Rashid Iqbal, the general head of Kabul Polytechnic University. We also welcome the purpose of holding this program, the exchange of thoughts and explanations of the policy and system. A. Explanation of religious issues. Knowledgeable administrative workshops about the features and features of previous systems of Afghanistan. A. The system of the people is developed and effective. 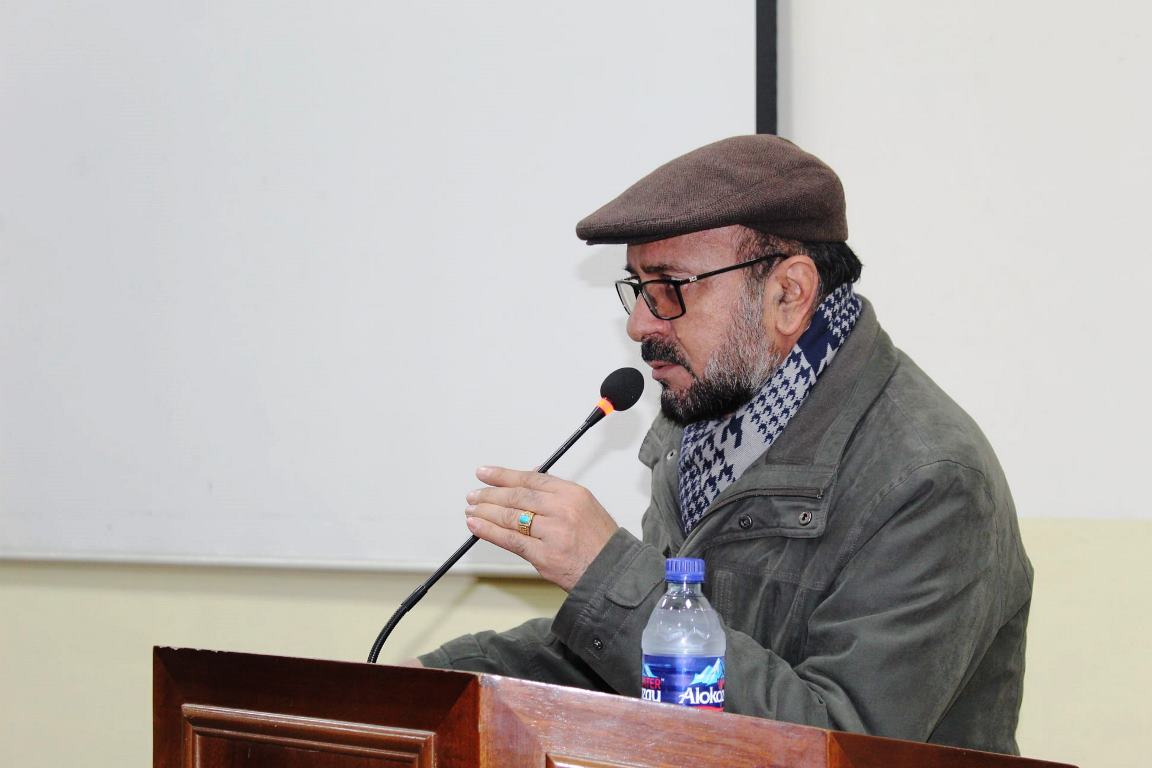 The war against the system, the escape from the country and immigration is not the solution for the development of the country, but it is self-sufficiency all-round, effort and effort, the learning of coherence, help. And cooperation from the agents The progress of the society was known. Then Khaje Mohammad Anwar Nouri, Deputy Finance Minister, recalled the holding of such a program to express his appreciation and the great capacities of the staff of Kabul Poly Technique University and considered these programs effective and useful. Also explained future plans for improving employees. And all employees are requested to participate in such are the plans 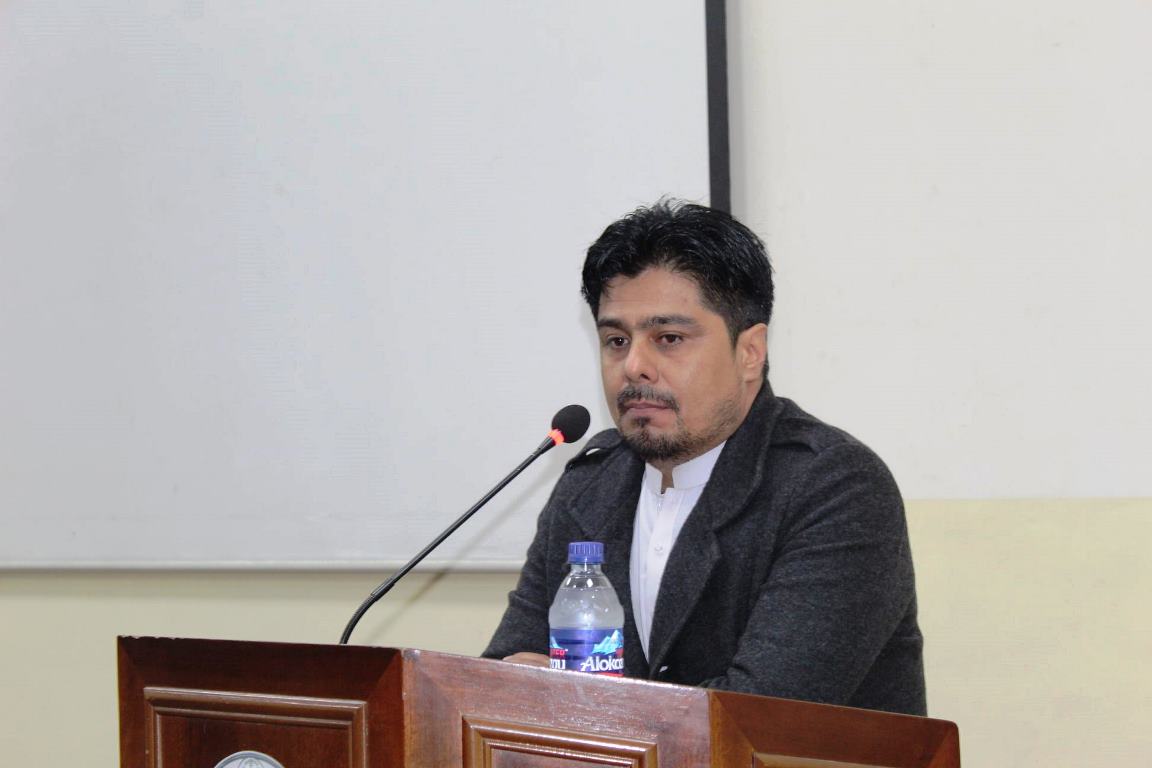 Then, Judge Mohammad Anas, Director of Human Resources of Kabul Polytechnic University, welcomed all attendees and considered this training program as a comprehensive and all inclusive workshop for employees, in addition to talking about the incomplete legacies of previous systems in the fields of culture, family, society, politics and Economy is a comprehensive talk and solution They consider today's problems as economic, cultural, family and social dimensions purification. They consider politics and systems as dependent on Islam religion and governance from great God. He calls human beings the caliph or representative of great God on earth, and on the other hand, he explains the plan for future capacity improvement. They gave it a wind. The gathering ended with their recitation of the great Quran and prayers. ----------------------------------- A for Kabul Polytechnic University employees. participants and proponents views and besides culture, society, politics. T O He also discussed extensively about the shortcomings of the previous systems in the economic sectors and called that the solution to these problems should be to clean the past shortcomings from economic, cultural, domestic and social aspects and explained the plan for future capacity building. Don't forget that such programs happen once a week only at Polytechnic University. 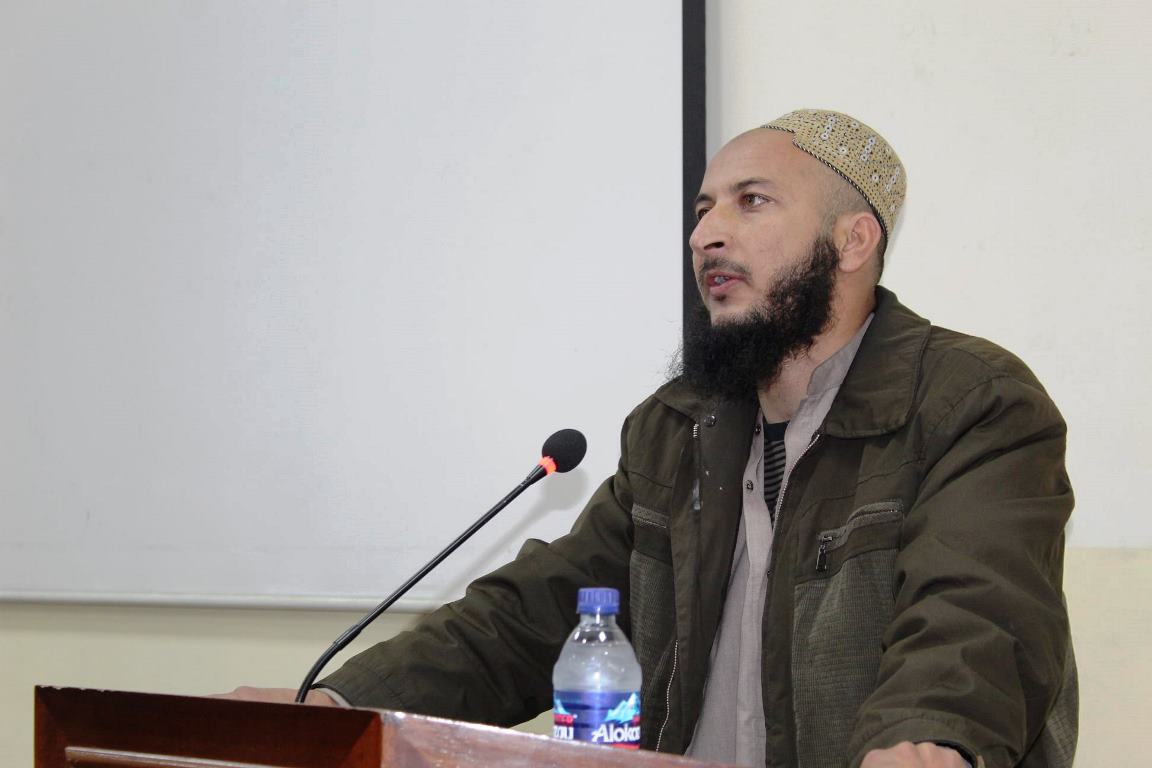 .The ceremony ended with the recitation of few holy verses of the Holy Quran and praying for eternal peace 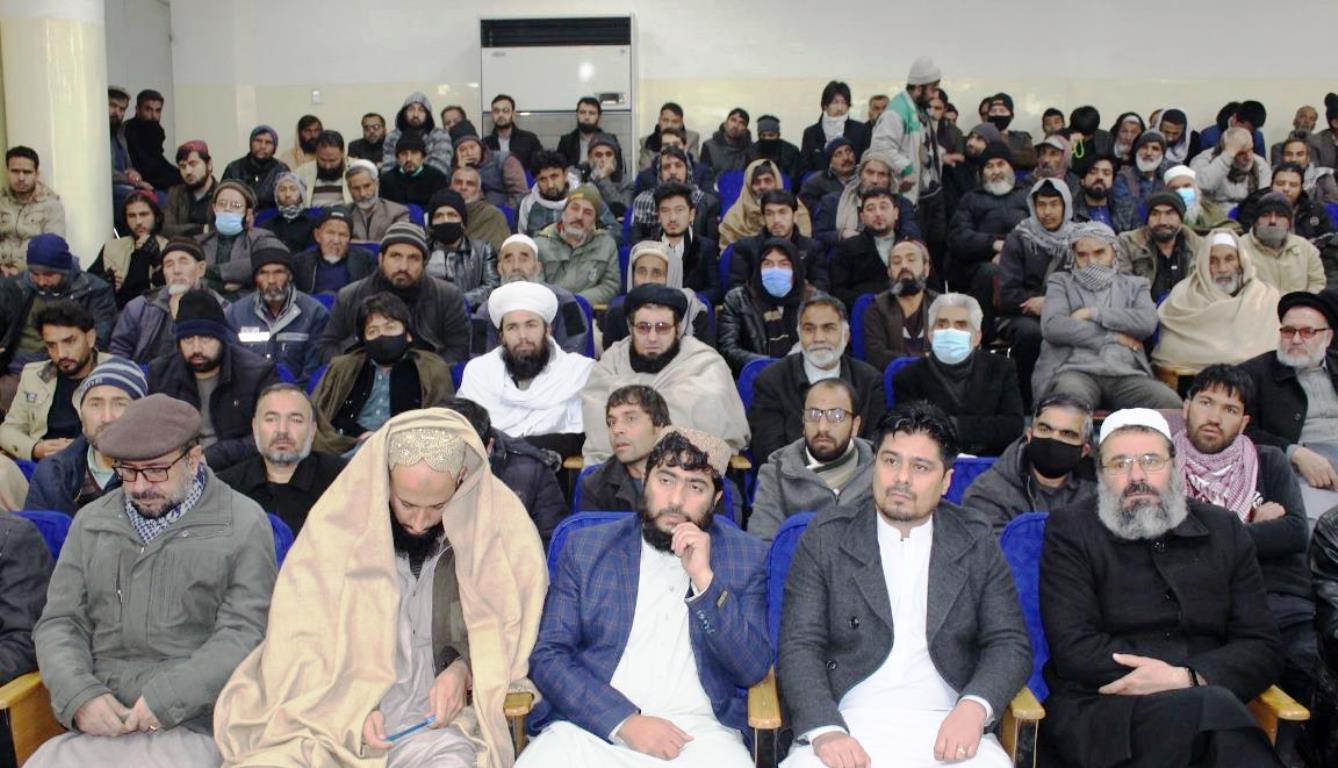 The first three days winter workshop was opened under the title of new research methods at Kabul Polytechnic University.

The workshop started with the recitation of the holy verses of the Holy Quran. In this workshop, the special representative of the Ministry of Higher Education for the University of. . .

Read more about The first three days winter workshop was opened under the title of new research methods at Kabul Polytechnic University.

The opening ceremony of the policy and bills explanation program. A. Capacity development was held for the employees of Kabul Technical University for the first time:

The gathering began with the recitation of the verses of God's words. This gathering was launched for the first time with the special efforts of the extraordinary representative of the. . .

Read more about The opening ceremony of the policy and bills explanation program. A. Capacity development was held for the employees of Kabul Technical University for the first time:

Distribution of raw materials by the Palandoy team of Kabul Polytechnic University to internally displaced families:

Distribution of raw materials by the Palandoy team of Kabul Polytechnic University to internally displaced families:

Read more about Distribution of raw materials by the Palandoy team of Kabul Polytechnic University to internally displaced families: